This was my first con of the year and it was one of the best conventions I have ever attended. This was in large part due to the fact that I got to share a table with two other ASP creators: Marvin Mann and Patrick McEvoy. Apart from being way talented, these two are the nicest guys and were a fun bunch to hang out with.

It was also a blast to met some folks who read Robotika and to sell the book to a few new potential readers. In fact I sold out of the hardcover collection of the first mini-series...wow!

I spent most of the time at the table, which kept me from walking around and spending money (good), but also limited my ability to pick up new art (bad). However, I did manage to re-introduce myself to Alex Nino and again express my appreciation for his past and current work. I was very excited to hear that he will have a new art book out for San Diego, and a new illustrated Graphic Novel in March. Also by accident (and kind of rudely) I introduced myself to Timothy Green II whose work I have followed from Aeon Flux (Dark Horse) to Starlord (Marvel). He was great to talk to and we chatted about old school illustrators and different rendering techniques. Timothy showed me a few of the pages from his upcoming Image project "Robota", based on a Doug Chiang art book. The pages look absolutely beautiful, and it was great to see someone else draw robots other than myself!

Richard Becker (the artist on anything and everything that has to do with pirates) and Joshua Dysart (the talented writer of many excellent books like: Violent Messiahs, Swamp Thing, 1946), as well as my old friends whom I met at signings around the area, stopped by and were super supportive of my current efforts. I want to thank everyone who took a few minutes to chat and encourage me. Thank you!

Here are a few images from the convention:

Marvin and Patrick on Friday before the start of the show. 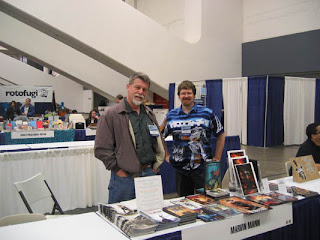 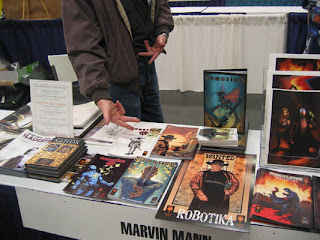 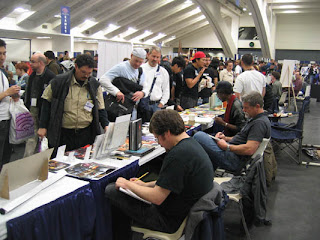 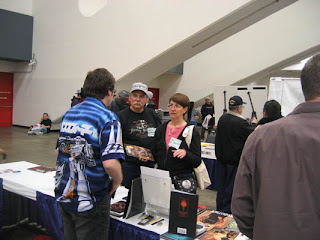 Marv doing a sketch for one of the fans. 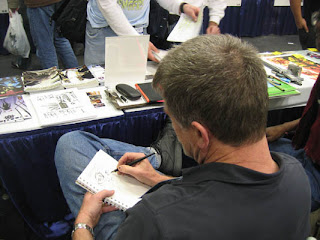 This is Patrick using the time to pencil one of the panels from the upcoming Starkweather issues. A late dinner with Ryan, Nick, and Chris. 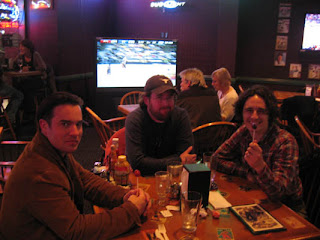 I am now done with issue #3 and I feel it is the best art I have ever done. Here is the inside front cover: 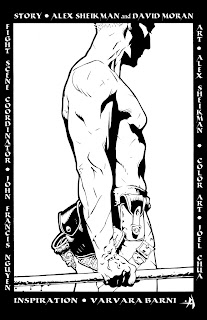 And here are a few other pages: 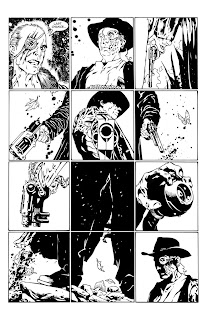 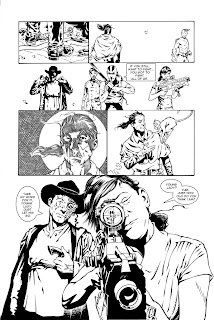