I'll bring some original artwork to look at :)
Posted by Alex Sheikman at 7:13 AM 2 comments:

I am planning on attending WonderCon this coming weekend. I tried getting a table in the artist alley, but by the time I contacted the convention all the spaces were sold out. My plan is to show up and see if any spaces opened up and if not, I'll just walk around and buy some comics :)

I will probably spend a few hours at the Archaia booth signing their copies of Robotika, but I am not sure what the sighing schedule will be. If you do spot by Archaia's booth and I am not around, ask them to see the colored version of the Dark Crystal short that will be out next month. It turned out pretty sweet.

I am planning on having real table space at the San Jose convention in May and also at APE later on in October, so if we don't run into each other at WonderCon, I hope to catch-up later on in the year :) 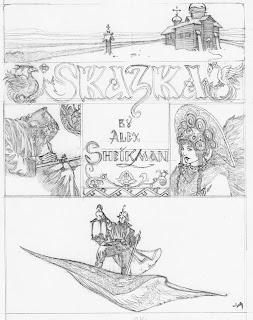 Does the world need more Batman.... 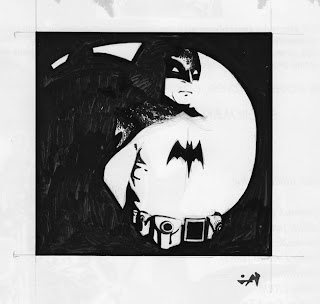 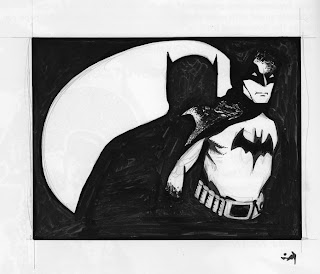 David Petersen's "Mouse Guard: Legends of the Guard" collection (to which I contributed "Oleg The Wise" short story) is on the NY Times best seller list...and has been for a couple of weeks. Check it out: NY List
Posted by Alex Sheikman at 1:51 PM 2 comments:

Today I got to see the finished colored pages from the Dark Crystal 8 page story that will appear on the Free Comic Book Day in May. The colorist, Lizzy John, did a wonderful job completing the story and giving it a lot of "mood". I am pretty excited about seeing it in print.

I am also starting to work on the cover and interior chapter illustrations for Matthew Maxwell's "Strangeways: The Thirsty". It's an original graphic novel that is a sequel to his "Strangeways: Murder Moon". I have talked about Matthew and his work in my earlier posts. He and I shared convention tables at APE and WonderCon in the past, and apart from being a very creative guy, he is also a gentlemen and a true fan of storytelling. To read more about Matthew and his work, you can visit him at Highway 62

In the meantime, here is another page from WWII: 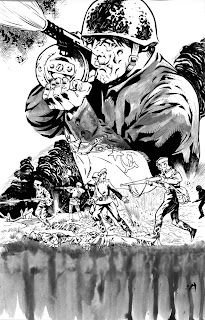