One of the studies for the below mentioned Batman story: 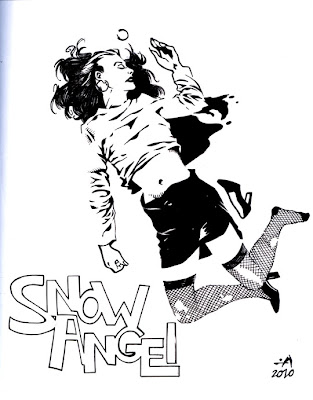 Posted by Alex Sheikman at 2:45 PM No comments:

The Question by Alex Toth

With the complements of Matt Maxwell (my partner "in crime" at WonderCon) here is the first part of Alex Toth's story from Charlton Bullseye #5 (I think the splash page is terrific): 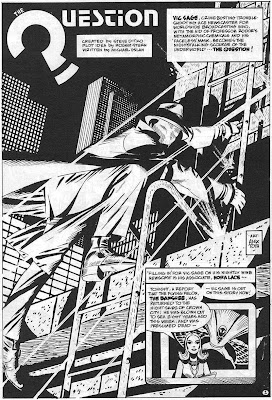 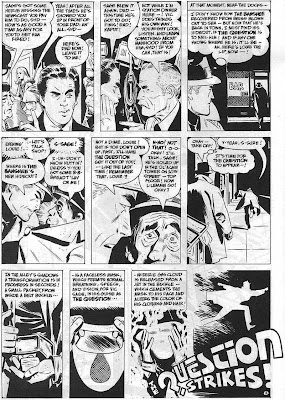 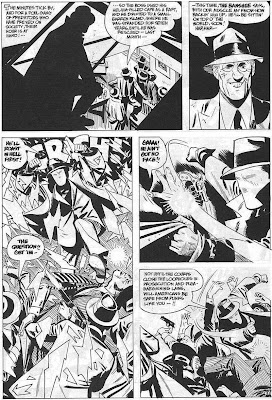 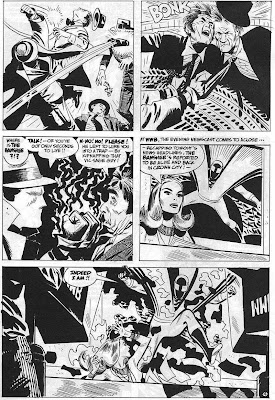 I got some reference and figured-out that I had the creatures drawn WAY OFF. I used the blue pencil to sketch in the new creature shapes. I actually think the blue makes the picture better: 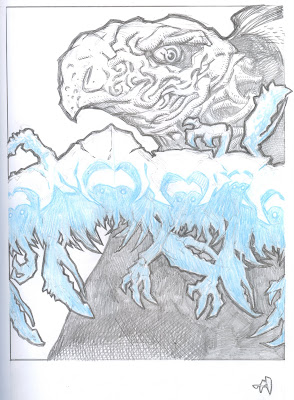 Posted by Alex Sheikman at 3:19 PM No comments:

I have been reading up on the Dark Crystal storyline and just for fun, coming-up with different compositions. I am pretty impressed with the "world creation" that was done for the movie. 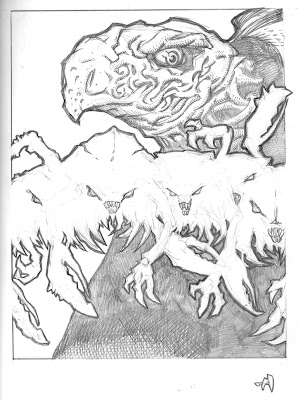 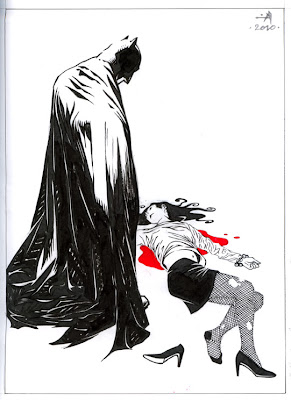 A big chunk of his work was done for British comics in the 1950-70’s and consisted of one page or two page spreads printed weekly for such stories as Dan Dare and Heros The Spartan. Wonderful sense of color and design are couple with great drawing ability and interesting storytelling ideas.

It is kind of hard to find his reprinted material here in US, but just this week I was able to purchase a new book from amazon.co.uk collecting some of his art-work depicting a re-telling of WWI. Samples of the pages can be viewed at Peter Richardson’s blog "HERE".

Posted by Alex Sheikman at 8:01 PM No comments:

So why are there not more Alex Toth reprints? Pure Imagination is putting out books of his work, but they only print copyright free material from the 1950 and 1960. How come DC won't put out a Alex Toth reprint of all his short mystery, love, and war stories? I would not even care if it is just a black/white reprint. There is about 50 pages of Toth in the first House of Mystery volume and another 36 pages in the first volume of Secrets of Sinister House...but why not just a straight-up 300 page Toth reprint? Who can I write to?

Below is 1974 story from Red Circle Sorcery: 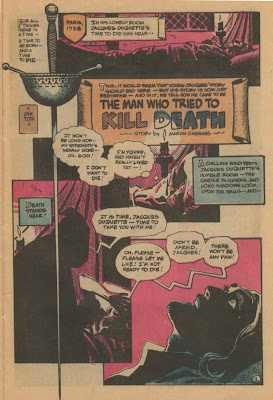 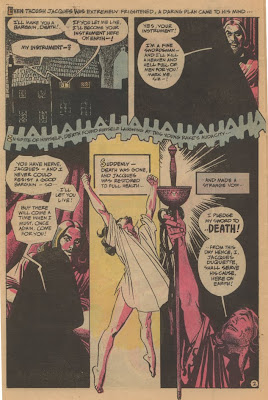 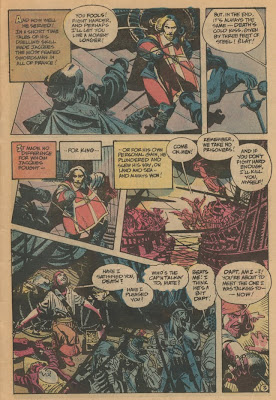 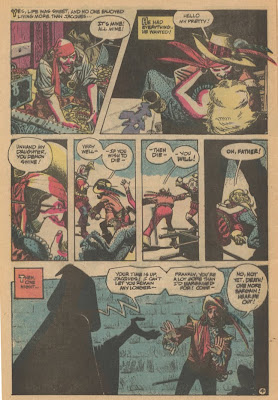 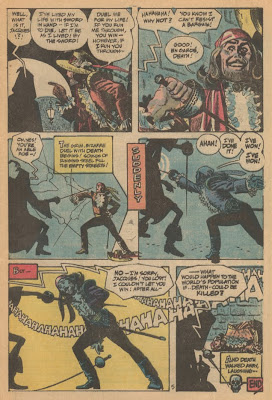 There has not been too many reviews of the new collection, I am not sure why...maybe it is harder to do a review of the sequel because the reviewer has to be familiar with the original series. However, here is one review (thanks to Frank): "Robotika 2".
Posted by Alex Sheikman at 3:46 PM No comments: Steranko Archives Volume 1...got it! 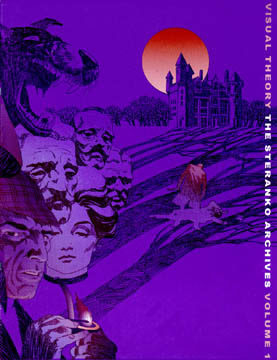 Back in February I wrote about trying to purchase "Visual Theory: Steranko Archives Volume 1" from the Supergraphics website. It turned out that the website is indeed for real, but my order went into the Spam folder somehow. But that got taken care of and I have received my copy this week!

It is a great sketchbook showcasing Steranko's pencil work with different studies and some very finished drawings. In the back, Steranko writes a little blurb about each of the pages and that is very fun to read. For example, there is a Nick Fury pin-up that he did in the 90's when there was talk about him doing another Nick Fury book for Marvel. The reason why he drew it, was because Stan Lee wanted to know if Steranko could still draw...like I said it's a fun read (even if it's too short).
Posted by Alex Sheikman at 10:44 PM No comments: