WonderCon 2009 came and went last weekend. This was my 3rd consecutive year of attending the convention and trying to promote "Robotika" and "Robotika: For A Few Rubles More". One of the things that was stuck in my mind, as I was driving to San Francisco, was the recent book by/about Dave Stevens. He did such a great job describing the conventions and the whole fandom of the 70's, I just could not help wondering how this convention will compare to his wonderful experiences...I did not have to worry, this was my best convention so far, and it was not because I bought something extraordinary, it was because I got to spend time with some very nice creative people who have inspired me to be a better person and a better artist :)

I started the convention by walking around and trying to find dealers who were selling comics in inexpensive sets because I was looking for a couple of limited series drawn by Steve Rude (Captain America: What Price Glory, Spider-man: Lifeline, Thor: Godstorm, and X-Men: Children of the Atom). I only found the Captain America series, but also along the way I found some $1 bins. I picked up a couple of issues of Frank Robbins "Shadow" and almost complete run of Somerset Holmes by Bruce Jones and Brent Anderson.

You ask: "Somerset Holmes?". Recently I "discovered" the art of Neal Adams, which in turn lead me to read Stan Drake's strips, which in turn made me realize that there is a whole tradition of photo-referenced-realistic comics out there from Alex Raymond through Al Williamson to Tim Bradstreet. "Somerset Holmes" fit in there somewhere and is a great little adventure story.

I also spent some time introducing/re-introducing myself to some folks whose work I have always admired (like Tom Yeates and Alex Nino ) and just catching-up with friends. It was great to see new (awesome) artwork by David Williams (cover artist on Wolverine), Mick Gray (inker on the new Joker graphic novel), and Jeremy Bastian (Cursed Pirate Girl).

I was also simply blown away (and humbled) by the sketchbook that Ryan Sook put together as his first self-published effort...I thought I knew just about all of his work, but I kept finding pieces that I have never seen. All presented in sharp black and white...just gorgeous.

This was the first year that Archaia, publisher of "Robotika", had a booth at WonderCon. Nick Tapalansky (who is a very talented writer of the zombie noir series "Awakenings"...that might or might not have zombies in it) flew out to set up the booth and brought books with him. David Petersen ("Mouse Guard"), Josh Finney and Kat Rocha ("Titanium Rain"), Marvin Mann ("The Lone and Level Sands", "Some New Kind of Slaughter"), Patrick McEvoy ("Starkweather") and I all spent time at the booth talking to fans and promoting the whole Archaia line. The cool result: we just about sold all the books that Nick had shipped to the convention; he only had enough books for 1 box. And we sold out of all the remaining copies of the first "Robotika" collection...so the first printing is now officially out of print!

Every convention has moments that make that convention special, and this was no exception. A huge thank you to: Julia Petersen for being cool, Michelle Sook for being cool and knowing where cool places to eat at are in San Francisco, and to Timothy Green for letting me drag him all around the convention in search of cheap comics!

I also want to thank everyone who stopped by (or thought about stopping by :)) to talk about Robotika. It was great and very inspirational for me. Thank you! 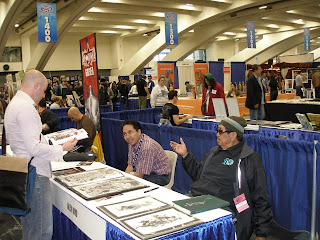 David Williams...or is it Wolverine? 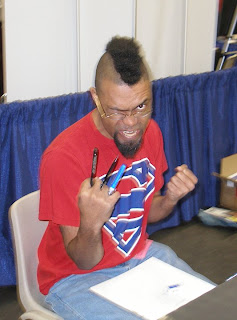 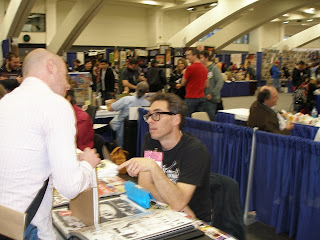 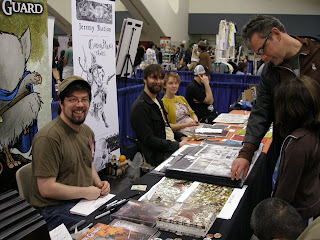 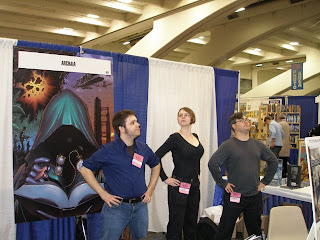 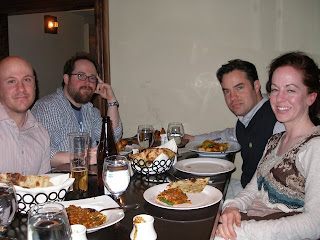 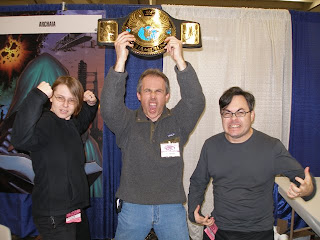 Posted by Alex Sheikman at 7:04 AM

Looks like a lot of fun... Jealous that I couldn't make it.

good afternoon ppl. I'm actually into shoes and I have been digging for the sake of that particular model. The prices seeking the boots were about 300 bucks everwhere. But for all I found this area selling them as a remedy for half price. I in reality love these [url=http://www.shoesempire.com]prada sneakers[/url]. I will probably buy them. what can you say about it?

good afternoon dudes. I'm really into shoes and I was looking allowing for regarding that particular model. The prices seeking the sneakers are approximately 170 pounds on every site. But for all I found this site selling them as a remedy for half price. I absolutely want those [url=http://www.shoesempire.com]gucci sneakers[/url]. I will probably purchase those. what can you tell me about these?